Shopping Cart
Your Cart is Empty
Quantity:
Subtotal
Taxes
Shipping
Total
There was an error with PayPalClick here to try again

Thank you for your business!You should be receiving an order confirmation from Paypal shortly.Exit Shopping Cart

One definition of ''Eco'Tourism is described like this 'tourism directed towards exotic natural environments, intended to support conservation efforts and observe wildlife.*source Google search

:DThe description itself sums up the Industry which is transforming communities right across Asia. Lets ponder on this term just briefly?. Tourism as defined by the act of travelling to a destination for the purpose of sightseeing or recreation, and like other journeys Asia has long been a sought after location, for as long as people have sought to travel. Asia with it's close proximity to all major continents and established travel routes still conjures up a mysterious and exotic impression in the minds of even the most seasoned traveller.

Even in this modern mobile technology era, Asia has defended it's wild and unpredictable character and wears it as a badge of defiance of it's independent spirit. But under the surface of Asia lies it's extremely humble and hospitable nature that entices many a visitor to it's region, and capturer’s your favour forever. Whether it be the food and spices or rich diversity of culture and wildlife, Asia has an abundance on offer for all who wish to venture there. The intention of travelling to a destination for the purpose of contributing rather than taking has enormous virtue in this age. And this is where Asia shines. Asia has respectfully not allowed itself to be moulded by the fast growing economic awareness the has shaped the colonial west. Every day I hear the media pounding’s of our news telling us the commercial progress of our new but old trading partner. And every day I correspond with my Asian colleagues who refuse to allow this this new perception of Western awareness define or shape their mellow and humble character. Be it may that all of my contacts in Asia are involved in the sustainability or Eco Tourism culture, the Asia they portray to me is the real Asia where the pace of life has not been influenced by the economic and financial rumblings that rule our cities. Each time I view a new posting of my contacts I sense a contentment seldom achieved by our standards.

Right across the Asian region the term 'Eco' tourism has become the linchpin that is bestowing new opportunities on the village culture lifestyle. The ability to build into the native community a unique and varied product has enabled the administrative bodies a channel of new development. This new form of tourism has captured a new sense of spirit that allows each different Asian culture an opportunity to showcase it's history and lifestyle. This in turn is enriching and emboldening each member of their respective communities to contribute towards the sense of achievement. The more a local or village is encapsulated into the product the more the city or country is marketed for it's uniqueness, as opposed to the mass stereotyped marketing of mainstream tourism. But because the traveller's are extending into the further regions and bringing there money with them the more the trickle effect of monetary gain is also shared as well.

One example is a provider in Borneo, whom I have been in involved in marketing over the past 3 yrs,I watched this 'Eco' tourism grow from strength to strength. At first their own product was modest in it's promotion. Eventually then with with positive feedback the calibre of the endorsement became better organised, the a sense of local administrative involvement spurred on a sense of confidence. Which in turn led to their participation in more professional tourism bodies. Which led to more extensive media coverage. Which in turn led to local and International awards, which led to more patronage. In turn the endorsement of more accommodations demands which led to more local employment opportunities. Which has led to more involvement in training programs which has increased the awareness of threatened species. And so it goes on and on.

The Government participation has given the providers more legitimacy and helps ensure the environment is adequately protected from over development.

Yes the benefits of 'Eco' tourism are many and varied and the time that this sustainable Industry be treated with the same respect as other long time Industries is at hand. If economic strategies and town planners fail to incorporate the opportunities of 'Eco' tourism into their projected forecasts they will not only fail to become part of a 'new economy' who virtues and achievements are enriching the lives of our Asian neighbours, they will rob there most valued resources their 'youth' of a priceless opportunity to become part of a valued International Renaissance in mutual appreciation and respect.

The beauty of the 'Eco' tourism model is the principles of the application can be repeated and layered over a cross section of any kind of geographic landscape and adopted to any culture.

All that is needed is sense of contribution and a willingness to learn more about the mystery’s of nature as in Asia or any where else for that matter. 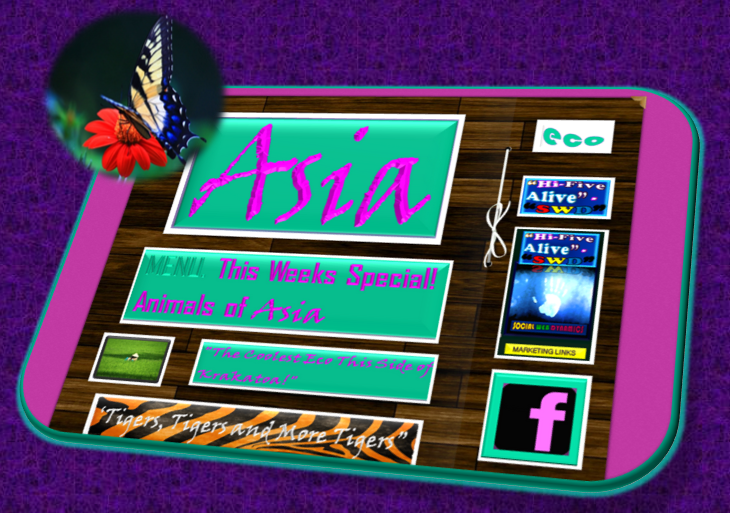